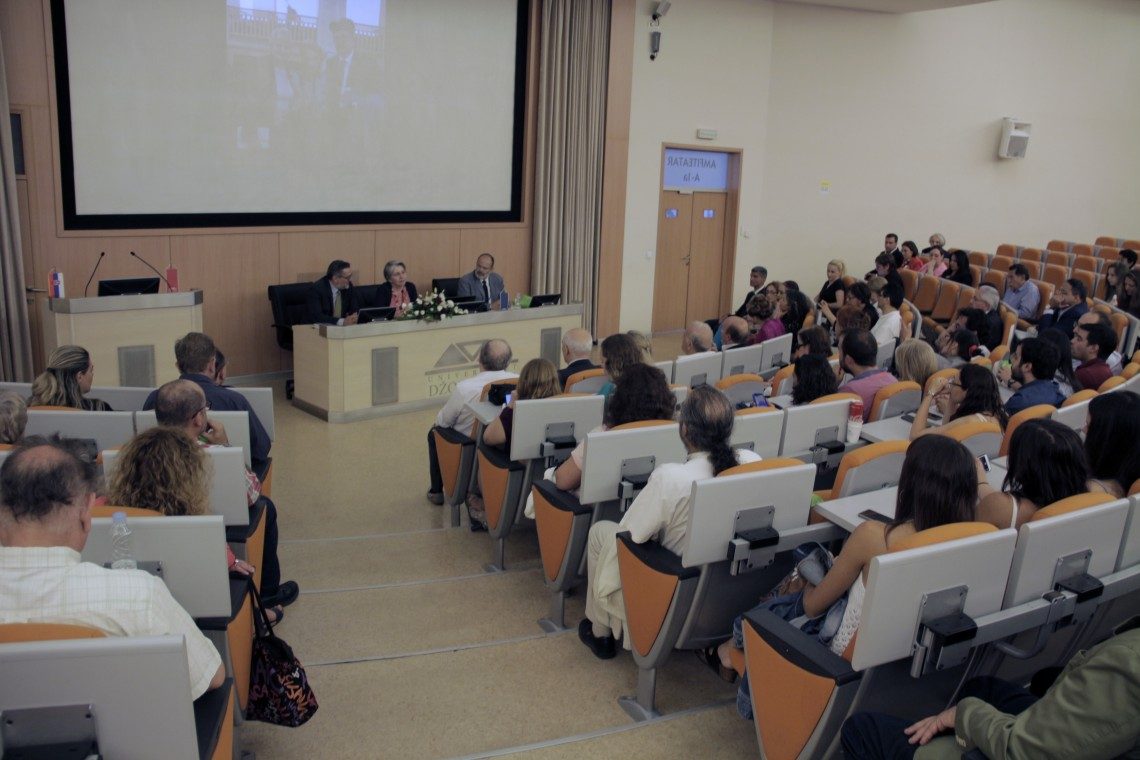 The activities under the XVIII Congress of the International Federation for the scientific study of Latin America and the Caribbean (FIEALC), which brought together 307 participants from 39 countries completed on 28th July 2017 at ‘John Naisbitt’ University.

Within the conference events, five plenary lectures of highest scientific and political significance for the study of contemporary Latin America and the Caribbean were held. Lectures were given by Alvaro Garcia Linera, Vice President of the Plurinational State of Bolivia (globalization and de-globalization, current situation in the world and in Latin America), Alberto Van Klaveren Stork, former Vice-Minister of Foreign Affairs of Chile (Regionalism in Latin America), Efthimia Pandis Pavlakis from the National University of Greece in Athens (Literature and economics. Discovery of concepts, ideas, and economic issues in Latin American novel: Kahambre, Armando Romero and The woman who dived into the heart of the world, Sabine Berman), Gerhard Drekonja – Konrat, Emeritus of the University in Vienna (Silence of the people in Bogota. The life of Austrian-Colombian anthropologist Raicea Dolmatofa), Riccardo Campa, Emeritus of the University in Siena and Director of the library and archives of the Italian-Latin American Institute in Rome (Latin America: political engagement and social expectations), academician Vladimir Davidov, Director of the Institute for Latin America of the Academy of Sciences of Russia (Global context and the imperatives of Latin American development) and professor Mirjana Polić-Bobić, the Head of the Department of Romance Languages at the University of Zagreb (Great Jesuit Narratives in Discussions about the New World).

Also, a lecture by Fernando Griffith, Minister of Culture of the Republic of Paraguay, which was held within the framework of ‘Days of Paraguay’ on the topic ‘Model of cultural and linguistic policies in Paraguay’ was of special interest.

At the General Assembly – FIEALC, held on July 27th, 2017, at ‘John Nezbit’ University amphitheatre, a great acknowledgment was given to the organizer of this congress – our Geoeconomic Faculty and the Department for Latin America and the Caribbean – emphasizing high scientific but also organizational quality, rich cultural program and excellent work of volunteers of our university students, Faculty of Philology of the University of Belgrade and National University of Greece in Athens.