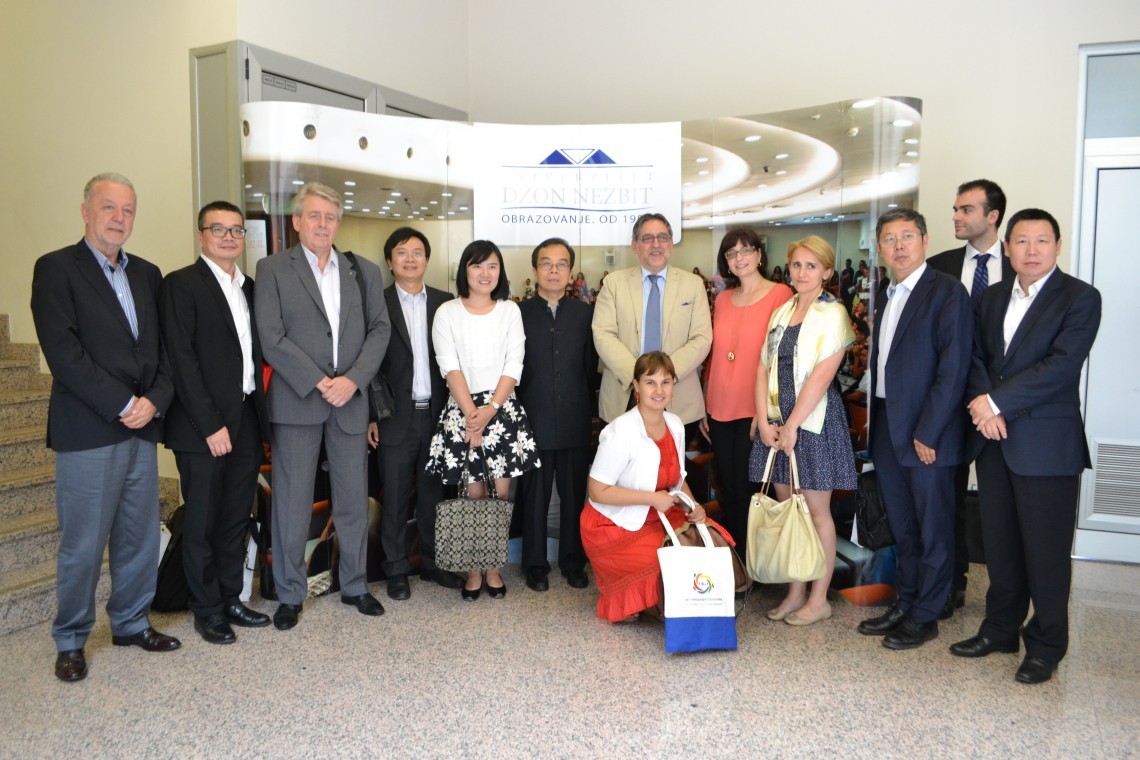 Within diversified Chinese-Serbian Cultural, Educational and Scientific Cooperation, further enriched during the visit of Chinese President Xi Jinping, the delegation of the Chinese Academy of Social Sciences visited “John Naisbitt” University on June 18, 2016.

The Chinese delegation consisted of Directors and Researchers of Chinese Academy of Social Sciences (CASS), i.e. its Institute for European studies:

It was agreed to launch joint research projects that would include those faculties of our university that are compatible with the research within the Chinese Academy – primarily Faculty of Geo-economics, Faculty of Culture and Media and Faculty of Business Studies. It is also possible to introduce new master’s or doctoral degree programs with the help of the Academy, related to the disciplines of interest to China.
Given that the Chinese Center is the only institution of its kind in Serbia, and that it is a self-funded institution, the representatives of the Chinese Academy expressed their belief that through different commercial research projects to be implemented for the needs of governments or companies (Chinese and Serbian), its activities could be significantly improved.

After the talks, the guests visited the building in no. 29, Bulevar umetnosti, the Headquarters of the Chinese Centre and the permanent photo exhibition dedicated to China. During the visit, special attention was paid to the work of students and professors from the Faculty of Arts and Design.